Pedro Cuni Director of New York Contemporary Art Center Spanish branch and member of the Arts Review Committee. He studied murals in the studio of Jose Cuni, his father is a famous Spanish artist, who graduated from the Madrid Academy of Fine Arts. He was also his father's assistant, when he was working for his father.

He decorated the dome of the Academy of Jurisprudence and the Goya Hall of the Palace of Camellia in Madrid. His father also introduced him to study Greek and Roman paintings and the forgotten art of Renaissance fresco formulas.

After such training, Pedro Cuni has been involved in the frescoes of New York City University, Trenton (New Jersey) State Government Building, the frescoes of St James Theatre and Venice Palace since he settled in New York City in 1993.  These skills of painting and architecture played an important role in his works.

Most of the effects of Pedro Cuni's paintings are due to his sensitivity to light: the impression of internal brightness, flame, blurred transparency, and the overlapping of paint layers, rather than the fact that the color above completely covers the color below. This kind of light and effect comes from the technique of painting and the matte paint made by the artist himself: Encaustic Cuni paint. Pedro Cuni teaches and gives lectures every year at art schools in New York, Mexico and Taiwan. 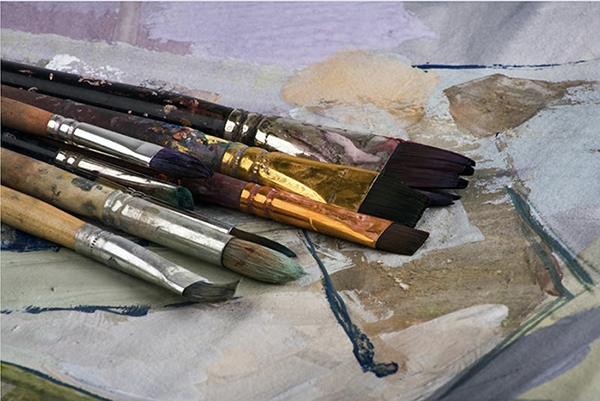